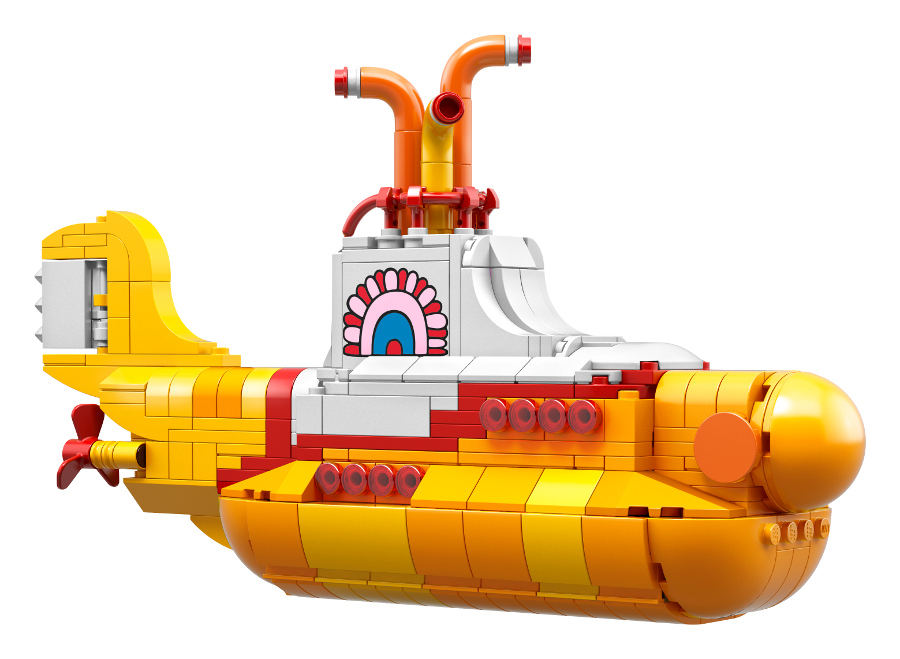 The Beatles fans can rejoice because LEGO® Ideas have at last released images of its latest amazing model: the Yellow Submarine.

“The Yellow Submarine is bright, fun, and colourful, which also made it a good subject to translate into LEGO® form.” – Kevin Szeto

LEGO® fan Kevin Szeto is the man behind the creation of the set. “The creation of the Yellow Submarine model was really my way of showing my affection for The Beatles, as well as trying to pay a small tribute to The Beatles phenomenon,” he explained in a recent article on the LEGO® Ideas portal.

Kevin’s idea was refined by LEGO® designer Justin Ramsden, who is just as enthusiastic about The Beatles, adding “to see The Beatles in LEGO® form is a dream come true.”

Those eager to get their hands on a set will have to be patient as the release date has yet to be finalised, but is set for some time in November and in South Africa, it will be available exclusively at Kiddiwinks!

LEGO® Ideas is a great initiative that gives LEGO® fans all over the world the opportunity to offer up their own ideas for new sets, vote for their favourite designs and then stand the chance of seeing these designs become official sets by LEGO®.

Be sure to keep an eye on our online store for the release in November as only limited stock will be available.