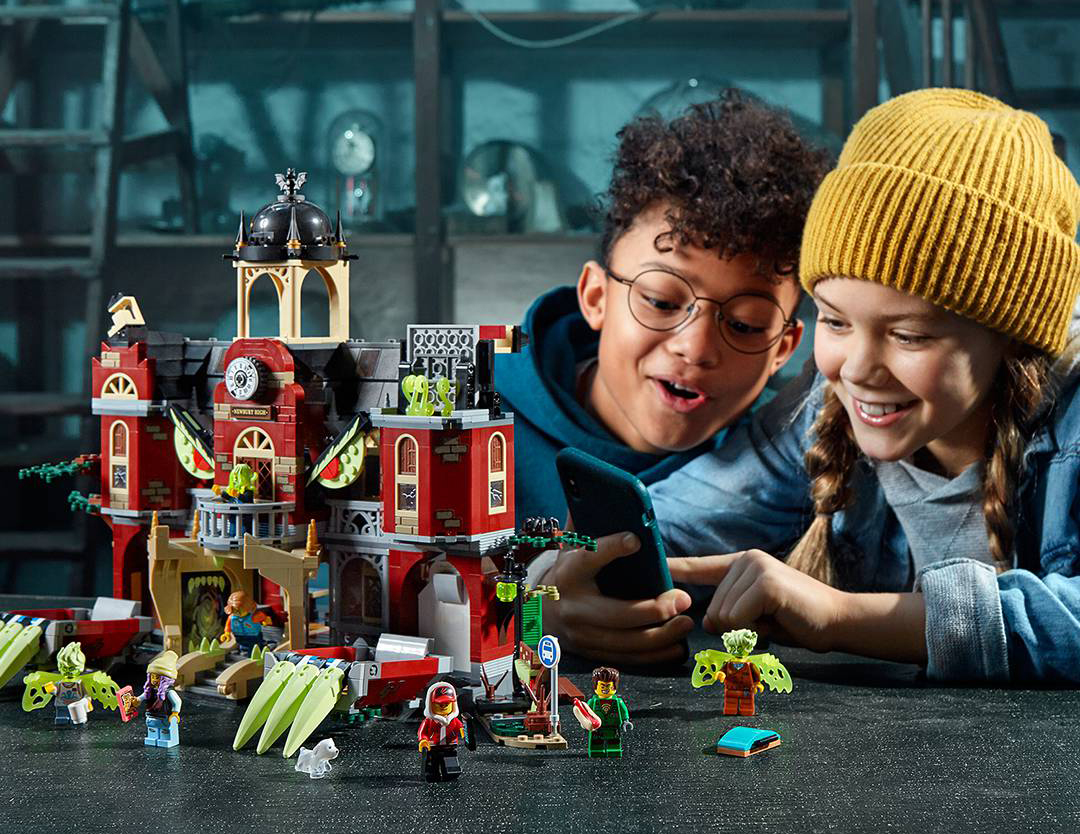 It’s a common saying in most circles these days, used when someone is confronted with a problem that needs solving. For the most part, it’s true. There’s an app to measure your sleep cycle, an app to help you navigate from A to B, an app that orders your favourite takeout foods and an app that books cheap holiday accommodation. Then there are the gaming apps like Angry Birds, Pokemon Go!, Fortnite and more that keep us, and particularly the younger generation (who are increasingly known as the app generation), entertained for hours on end.

And so it seems that kids of this technological age are playing less with physical toys and more by using tech devices. How does a toy company like The LEGO Group, with its core focus on the physical building of bricks, respond to this change in how kids play?

Time to bridge the gap

It’s widely known that LEGO play has far-reaching developmental benefits for kids: fine motor coordination and problem solving, teamwork and organisational skills, just to name a few. But enticing a technological generation into physically building a LEGO set requires some innovative thinking from the group.

Enter LEGO Hidden Sides. It consists of eight core sets that make up different scenes in the little town of Newbury where two young bloggers Jack and Parker live. But, all is not what it seems. Build one of the sets, then download the free augmented reality app to your smart phone, aim it at the set and you’ll soon see what Jack and Parker already know: that Newbury is under threat from the paranormal world. So begins the task of ridding the little town of ghosts by solving puzzles that require interacting with the built sets along the way.

The app superimposes the ghost world over the LEGO sets via the phone’s screen, animating objects, adding a few ghostly characters and connecting what’s happening on the screen to the physical sets.

But criticism from some, including Fast Company writer Mark Wilson, is that the app gets in the way of real play. Wilson references the theory of play by Dr Peter Gray which argues that it should be self-chosen, imaginative, with less structure and rules, where the means are more valued than the ends and where play involves an unstressed mind. What Wilson doesn’t acknowledge is the need for a bridge between the technological and the physical.

Hidden Side intentionally brings the concept of app-ification into LEGO play as a way of reaching a new group of kids already thoroughly immersed in technology. Through this, The LEGO Group aim to entice even more kids to get building than ever before.

New territory for The LEGO Group

The app itself has also been criticised for being too simplistic. In the past, The LEGO Group has started with something simple, reworking it later based on user feedback: a trait that endears the group to its fans.

In fact, The LEGO Group has promised frequent updates for the app, adding in new objectives and challenges, thereby growing in its facilitation of imaginative play. This means that your LEGO set essentially gets an “update” too, which is an entirely new concept for LEGO sets. It’s a great base from which to engage new LEGO fans from generations Y and Z and draw them into the wonderful world of LEGO play.

Not all review feedback about the app has been negative.
Alice Clarke of Sydney Morning Herald observes that, “The star of the show is undeniably the physical LEGO, but this is certainly the company’s best app to date.”

And that’s what we want. An app that allows for what Professors Howard Gardner and Katie Davis, authors of The App Generation: How Today’s Youth Navigate Identity, Intimacy, and Imagination in a Digital World, call an “app-enabled” child. This is when an app facilitates expansive thinking and new possibilities, rather than one that controls or restricts how they behave, making a child “app-dependent”.

Will we see changes to the LEGO Hidden Sides augmented reality app? It’s likely, yes. As it is now, this new theme is a step in the right direction and one we believe will help to engage the younger generations in the magic of LEGO play.

Shop LEGO Hidden Side sets in any of our four shops or online at kiddiwinks.co.za